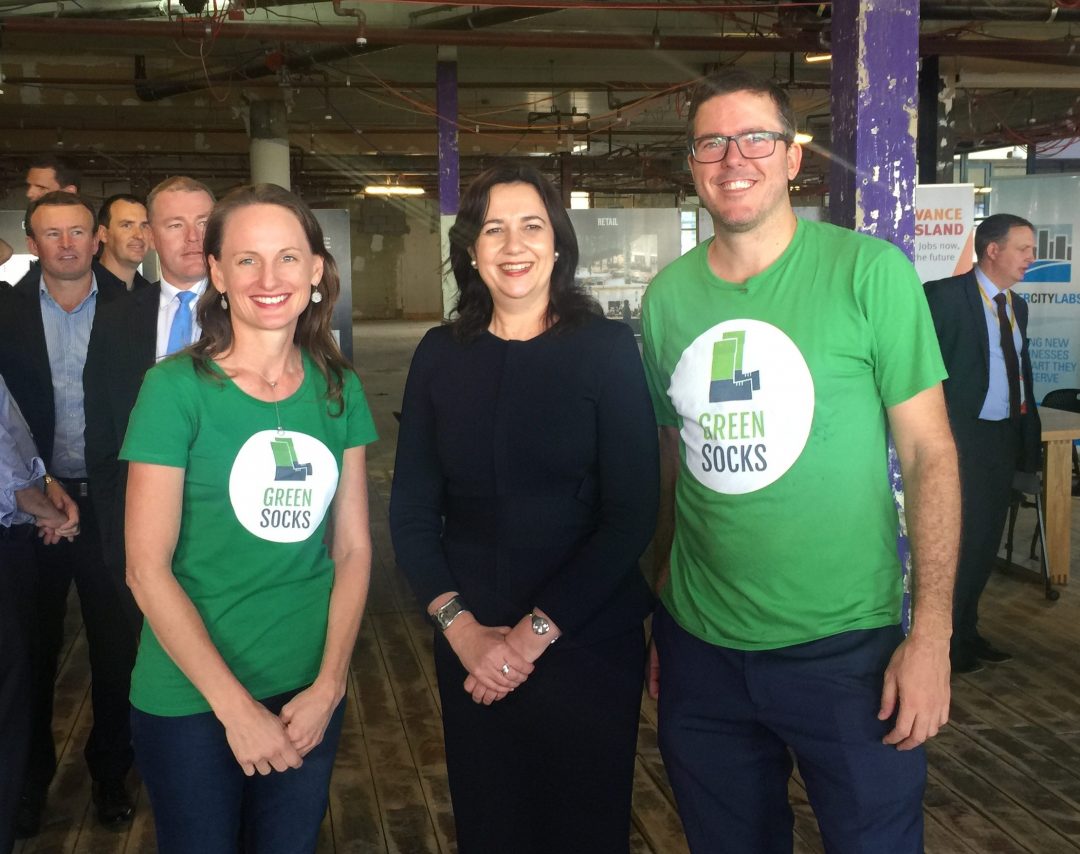 One of my favourite idiosyncrasies of startup culture is its ability to embrace mistakes.

To me, this has always stood out as the key differentiator between a standard business networking event (where attendees tend to exhibit a contagious compulsion to fake their success level, for fear of admitting their mistakes or troubles), versus a startup networking event (where attendees tend to open up about their problems, ask for help and then later happily repay that good karma to others in the startup ecosystem).

So, in the spirit of embracing and learning from startup mistakes, here are four mistakes we made last week when we had the privilege (thanks to the good folk at River City Labs) of meeting Queensland’s Premier, Hon Annastacia Palaszczuk and her colleague, Hon Leeanne Enoch, Minister for Innovation, Science and the Digital Economy and Minister for Small Business, on-site at Brisbane’s upcoming Startup Precinct, in the TC Beirne Building in Fortitude Valley.

1. We mentioned Uber when the Premier is in dispute with Uber

Thinking that “Uber for lawn mowing” was a better sound bite for media than “GreenSocks is the easiest way to get your lawn mowed by people who want to make more money mowing lawns”, we aligned ourselves to Uber when we would have been smarter to keep our distance on that particular day.

It wasn’t a problem when we were explaining our lawn mowing startup to Premier Palaszczuk and Minister Enoch, who both loved our GreenSocks concept of helping lawn mowing guys make more money in their Queensland small businesses. But, it likely was a problem at the editing desk later, given that an earlier news segment that exact night on both Channels 7 and 9 was about the State’s review of the on-demand, ride-sharing app Uber. 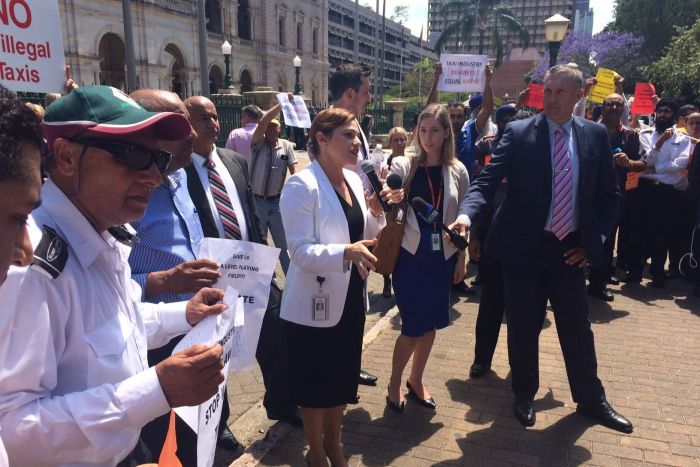 2. We didn’t show up with a catchy statistic

GreenSocks didn’t make the cut for television segments that night about the Startup Precinct event. But in reflection, we understand why Aaron Birkby – the beloved facilitator of our Brisbane muru-D / River City Labs accelerator program – got air time on both Channel 7 and Channel 9 news.

Aside from his good looks, Aaron had a catchy statistic up his sleeve which not only proved camera-friendly but also had the inject-a-little-fear ingredient that prime time news loves:

If we don’t do this, we will have nothing here.” 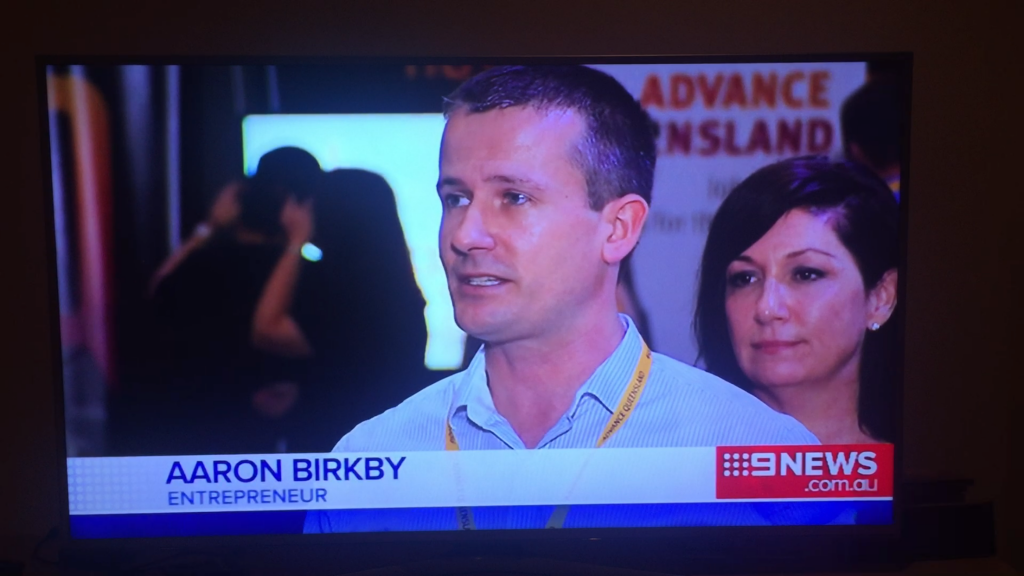 3. We assumed they’d be too busy to ask about our startup

Before the event, it occurred to me that if Premier Palaszczuk or Minister Enoch asked us who (or how we) came up with the idea for GreenSocks, we wouldn’t have a WOW response, because the honest answer is long and somewhat convoluted.

On the way there, I was going to brainstorm a more simplistic answer with Richard (…who to his credit, still made time for the Startup Precinct event even when he was rushing around getting ready to depart the next day for his wedding – now that’s dedication).

But, I didn’t end up doing so because I thought Premier Palaszczuk and Minister Enoch would be too busy to ask about, or be interested in, our lawn mowing startup.

How wrong I was. With a zillion more important things to do, the Premier and Minister Enoch impressively ‘walked the talk’ about their interest in startups by generously giving us maybe 7-10 dedicated minutes of their time.

And sure enough, the first questions they asked us were who (and how we) came up with the idea for GreenSocks. How did we go in our responses?

I think Minister Enoch’s expression says it all. 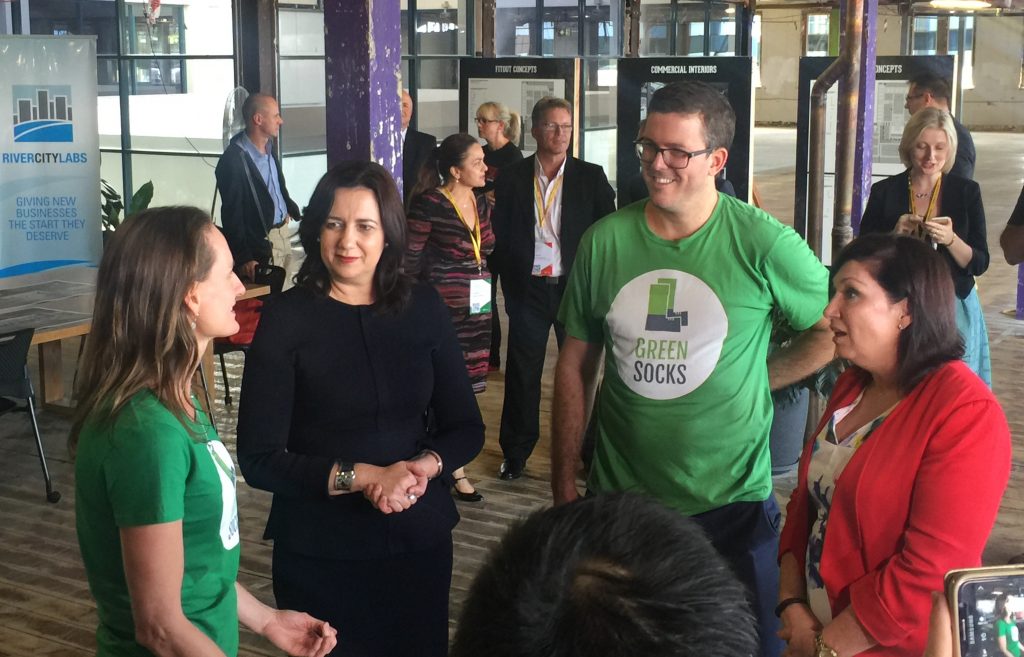 On the news coverage that night, the Startup Precinct event ended up sharing the spotlight with the Advance Queensland Innovation and Investment Summit. This meant that we were competing for television air time with high tech gadgets and innovations like the ones below.

So, if we had our time again, we would have definitely taken a robotic lawn mower for camera candy. Or maybe an army of them. 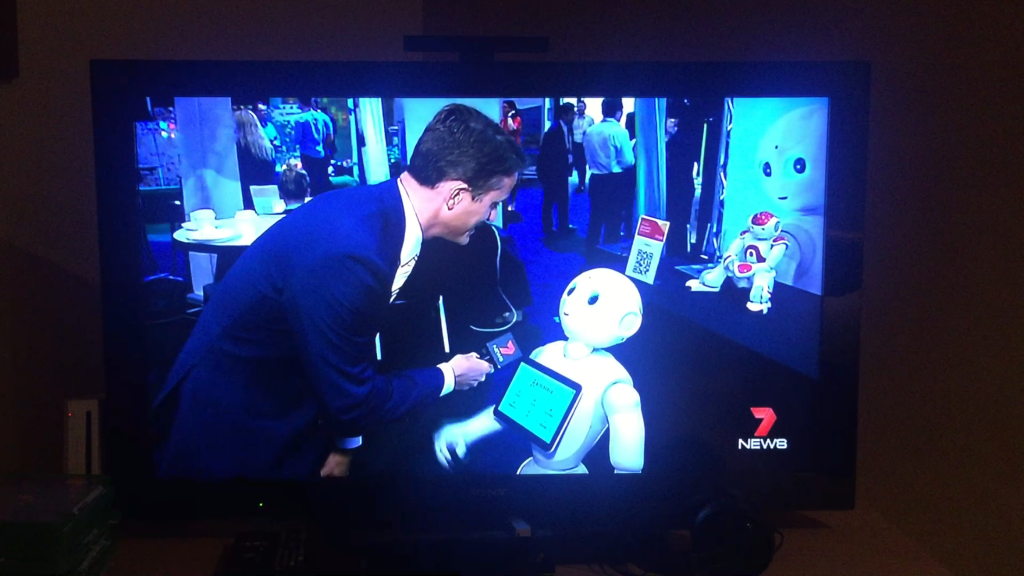 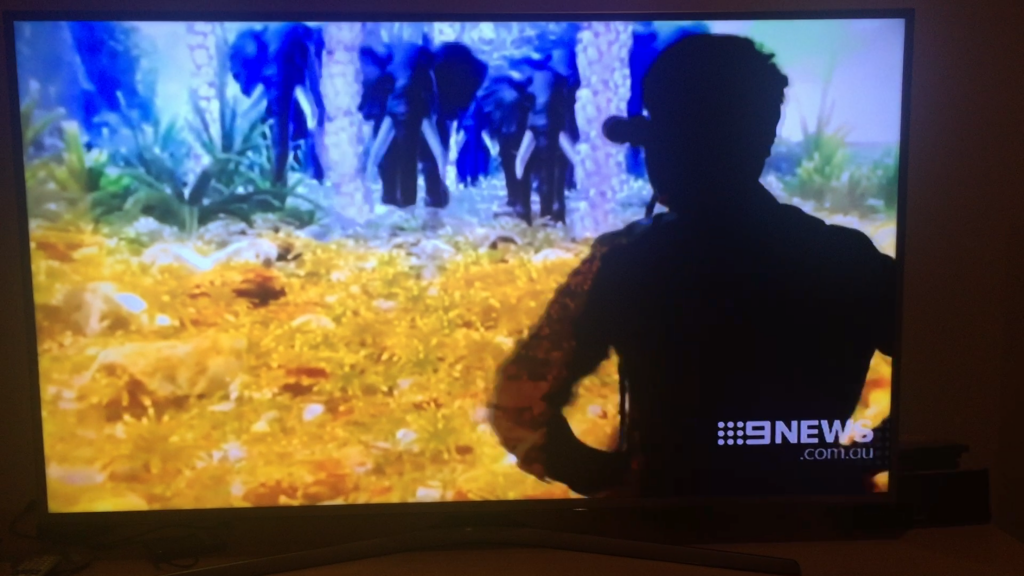 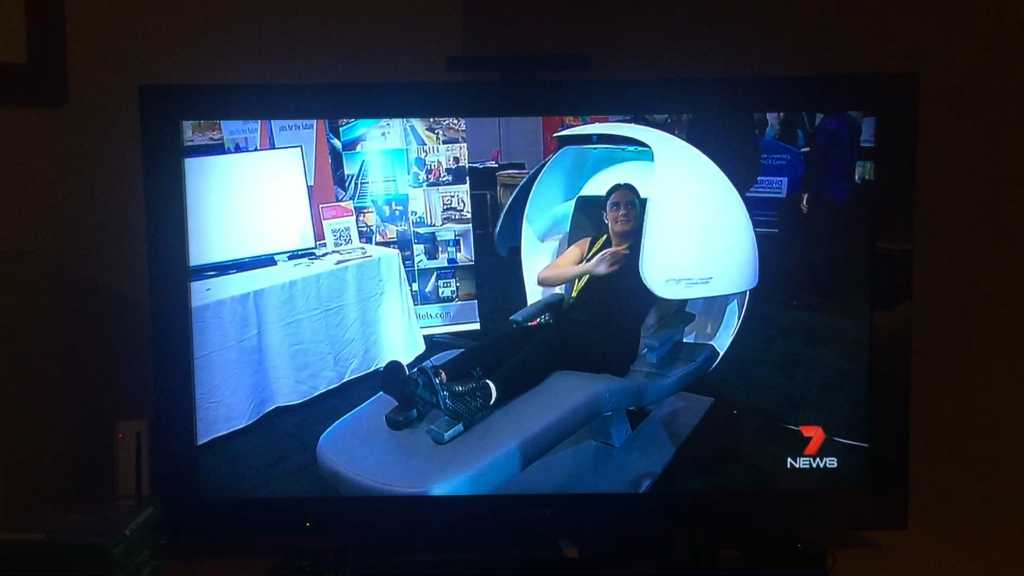 About an hour ago, I finished and published this blog post.

I then went to tweet Premier Palaszczuk and Minister Enoch a link to the post and to thank them for spending time with us at the Startup Precinct event.

In doing so, can you imagine my  amazement when I found our picture on Premier Palaszczuk’s Twitter cover photo?!

I know it’s 1:30am and I might be delusional, but is there a chance that we didn’t muck up the meeting so badly after all…? 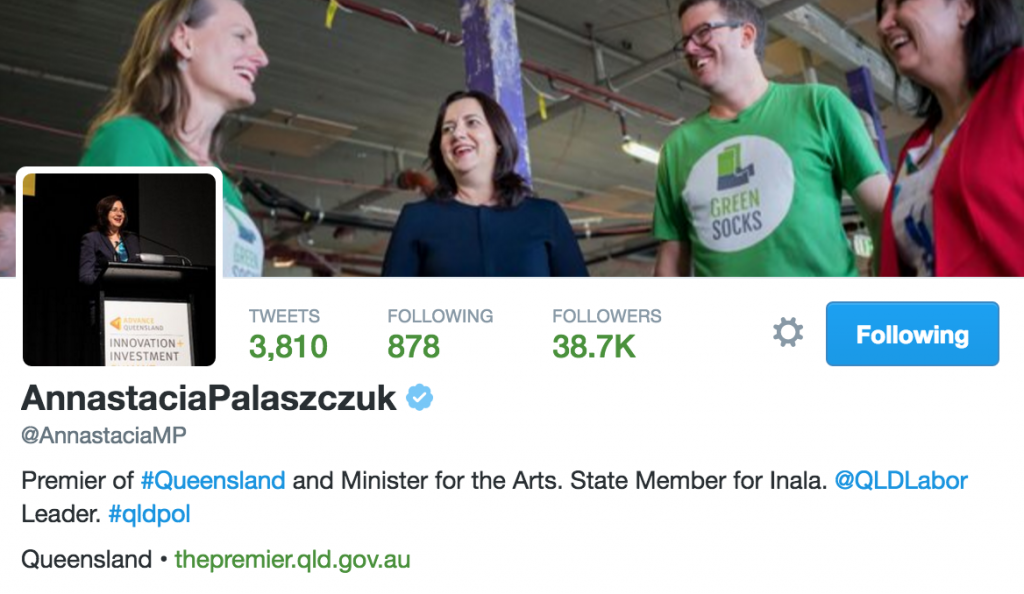 Thank you so much Premier Palaszczuk and Minister Enoch for your time last week and for hosting what was a truly awesome Innovation and Investment Summit (and Startup Festival). It was an honour to meet you both – and it’s even more of an honour to be featured on your Twitter cover.

Unexpected moral of this story?

Never give up when you make mistakes. Even when you think you completely stuffed up an opportunity, you may still find hope at the end of the rainbow.

But wait, there’s even more!

10 May 2016: Big thanks to Nicky Moffat at the Sunshine Coast Daily, who after reading our blog post in a local Facebook group, edited (with permission) our post and published it in the paper today! 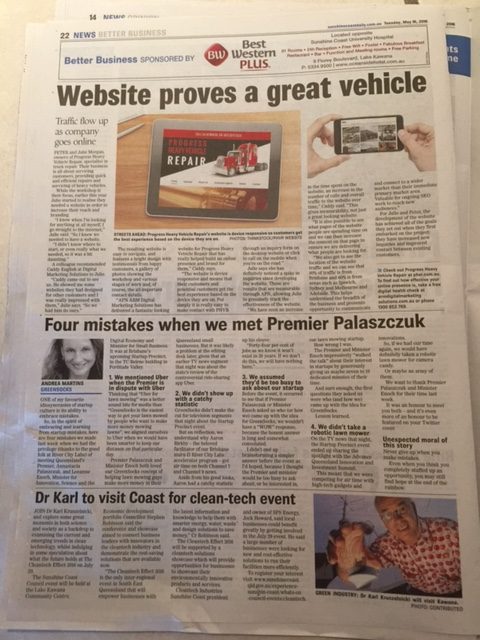