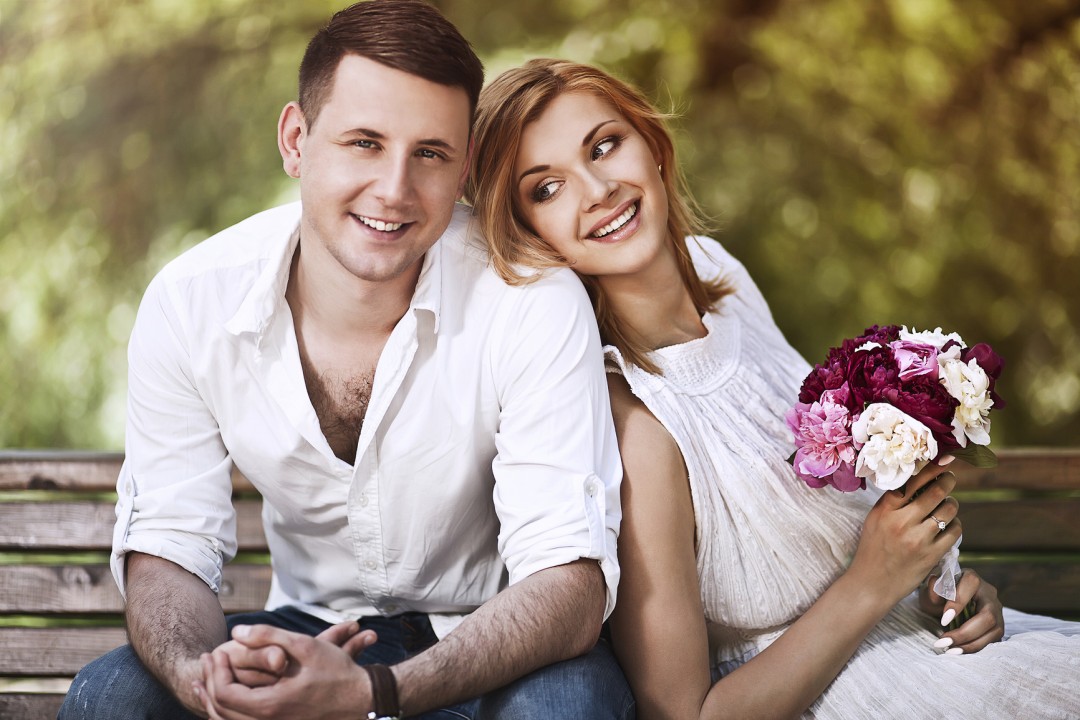 Romance is a mysterious thing. What seems like a grand romantic gesture to one person might seem like an embarrassing public display of desperation to another.

Take wedding proposals. There are countless examples of cute, sweet and romantic proposals floating around the net. There are an equal number of cringeworthy fails.

If you’re planning to propose marriage to the object of your affection this Valentine’s Day, failure is not an option. It’s time to bust out the old tool belt and learn from these seven reasons handyman give better Valentine’s Day proposals:

Handymen DO Make It Personal

Making something that recalls a special time, place or thing that the two of you share is a sure way to your girl or guy’s heart. Making something yourself is the perfect start and it doesn’t have to be elaborate to show that you care.

Daniel Christal bought an engagement ring for his girlfriend Danielle Guerra and planned for a simple proposal. He had a small problem with the box that came with the ring because it matched the colours of their university’s arch rival.

Searching the web he couldn’t come up with anything that looked right so he decided to make his own. Using a length of cedar that he had in his backyard he made a simple yet elegant box to present the ring. Christal also posted his design and instructions complete with pictures for building the ring box on Reddit. Daniel Christal made a special ring box out of a cedar branch from his yard (Image credit: Imgur)

It sounds romantic enough: the image of glittering diamonds adorning a beautifully decorated cupcake or maybe a ring at the bottom of a glass of Champagne. But think about it. If your potential bride-to-be takes her eating and drinking seriously, how hard would it be to slide a ring down her throat without noticing it?

It’s easier than you might think. Reed Harris had planned to surprise his girlfriend, Kaitlin Whipple with an engagement ring. He let some of their friends in on the big surprise before the group met at a restaurant.

After planting the ring in her milkshake, one of Whipple’s friends couldn’t bear the suspense and challenged her to a milkshake drinking contest. Being the competitive sort Whipple downed the rest of her milkshake in short order, along with the ring.

While Harris tried everything to convince his unbelieving girlfriend that she had indeed swallowed the ring, it took an x-ray to finally prove it. With the image of the ring in hand Harris got down on one knee and asked for her hand in marriage. Two days later they were able to retrieve the ring and make it official.

Kaitlin Whipple said she “didn’t feel a thing” when she swallowed her own engagement ring hidden in a milkshake (Image credit: NBC Today Show)

Handymen DO Make It Fun

Having fun together is hopefully one of the main reasons that the two of you make a good couple. A good proposal can be a lot of fun and be a cherished memory at the same time.

When Harold Smith of Scottsdale, Arizona decided he wanted to make it official with his girlfriend Alexis McFarlane, he decided on something that was both personal and fun. The theme was a treasure hunt based on McFarlane’s favourite video game, Legend of Zelda. To make it personal, Smith created a ring box and treasure chest styled after the game.

He made the box and chest by hand from a tree his girlfriend had helped him chainsaw into logs. The plan was to find the treasure deep in a half mile long cave in the nearby mountains. He enrolled the help of his brother-in-law to set up the chest and light candles inside the cave before they arrived.

Upon finding the box, Smith urged McFarlane to open it. While the inside of the box lit up and the sound effects from the video game played, Smith got down on one knee for their special moment. Smith detailed his project on Reddit here.

Harold Smith built a treasure chest fashioned after the Legend of Zelda video game to hide an engagement ring inside a cave. (Image credit: Harold Smith)

Handymen DON’T Go Over The Top

Taking a page from Romeo and Juliet, a Dutch man in the town of IJsselstein hired a crane to lower him down in front of his girlfriend’s window. Before he had a chance to pledge his eternal love the crane toppled onto the roof.

Word is that she still said yes although neither the future bride nor groom wanted to be identified. Maybe because it was not immediately known who will be held responsible and who will be paying for the damage? Not inspired by anything you can buy from the store, Nick D. Clements of Midland, Michigan proposed to his girlfriend Lisa Bissonnette with a full sized replica of a handmade tardis (the time and space traveling ship featured in the popular Doctor Who television series).

Clements set up his snap-together tardis, which resembles a 1960s style London city police call box, in a park near where his girlfriend and her sister were shopping. He then found Bissonette, grabbed her by the hand and ran for the tardis, a scene that is often repeated on the Doctor Who television show.

The couple are both Doctor Who fans and regularly watch the show together. Bissonette said yes and shared their time and space machine by setting it up as a photo booth for their wedding reception.

Clements shared a video with his hand drawn plans and a time lapse of his 10-day project along with the actual proposal on YouTube.

It might work and he or she could very well say yes but there are two very real risks you run with a public proposal:

First, your proposal could be considered annoying by total strangers. These same strangers are recording your proposal on their camera phones. Once they upload the video, you automatically annoying to pretty much anyone with Internet access. If you’ve ever read the comments on a YouTube video, it is a cruel place where your awkward declaration of true will live on in perpetuity.

Second, your proposal could get rejected in which case you’d be annoying, sad and famous. For example, check out the reaction to this man’s proposal where he interrupts afternoon shoppers at a busy mall.

Handymen DO Make It Memorable

When Blake Bullinger wanted to propose to his girlfriend Carly Stene, he hand-built an antique style armoire for her Christmas present. He filled each drawer with one of her favourite treats, like a box of gluten free brownie mix and trinkets like a pumpkin spice candle. Once she reached the last drawer the real gift was revealed, a diamond engagement ring.

Bullinger’s mother videotaped the big reveal while the rest of the family watched. The result, a 13-minute YouTube video has received more than 2 million views, proving country boys that are handy with tools still have what it takes to hit the heart strings.

If you’re a handyman hoping to become someone’s handy-ever-after this Valentine’s Day, don’t let the team down. Put the effort in and make the moment awesome by learning from these Valentine’s Day proposals. And good luck, by the way!