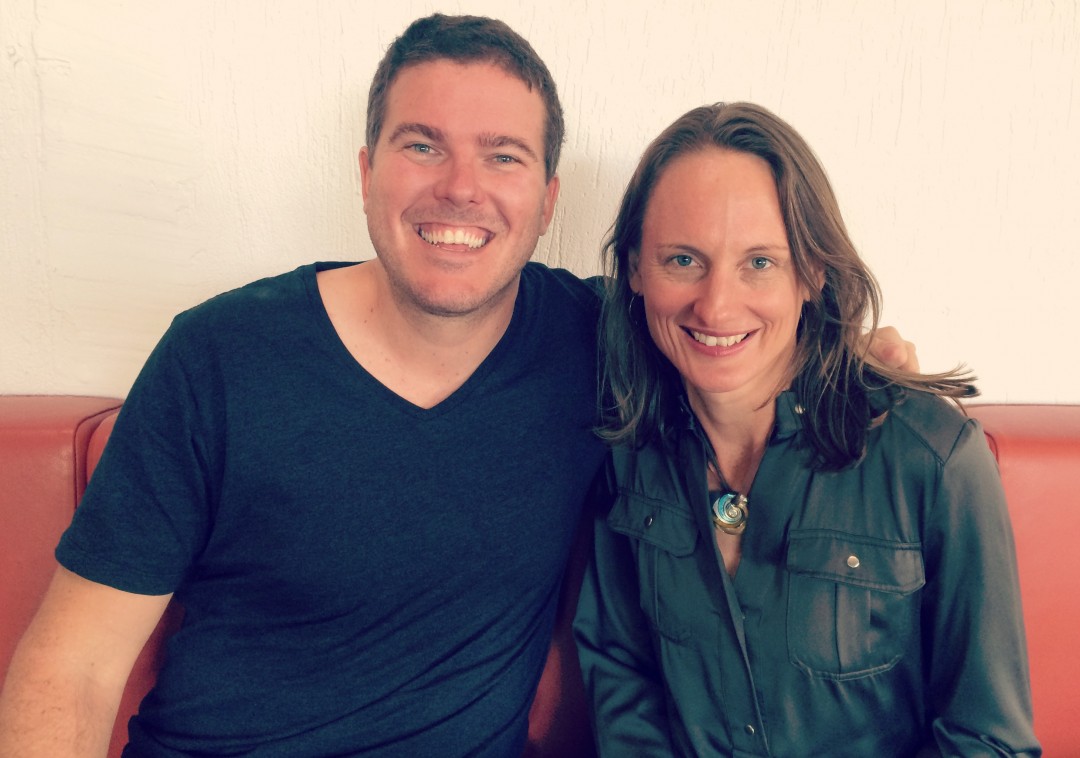 No, it’s not the climax to a Tinder love story. You’re safe. It’s the story of how Richard and I only met for the first* time today, despite having worked together as co-founders on our  lawn care startup  GreenSocks for the last 3-4 months.

Would you work with someone for that long before you met them?

Here’s the quick recap version of how Richard and I met. (Full details can be found in my Upstart Biz Journal article 9 Lessons To Help You Find and Sweet Talk A Tech Co-founder.)

It started with an idea. Then I entered a business pitch competition and got noticed. Kind mentors in the audience (and other mentors who I sought elsewhere) volunteered to help me. They were all amazing and their insights helping me pivot my original idea.

Then, with some research and data insights in hand, I went in search of a tech co-founder. I was excited to find two wonderful tech guys here on the Sunshine Coast who wanted to help, so the three of us started meeting for brainstorming sessions.

But their superpowers only stretched so far (aka they were already committed on other projects) and I needed another option.

Serendipitously, I then received this email from The Pulse startup and entrepreneur community which was launching in Brisbane. I didn’t end up making it to the event, but am indebted to The Pulse for sending me an email featuring Richard – my soon-to-be co-founder.

What are the odds that of the 200 people registered to attend, Richard would be one of the six (only) profiles they sent to me?

I reached out to Richard. We talked on the phone and exchanged ideas via email. He helped the idea take another pivot and Richard and I agreed to work together as co-founders, 50/50.

Then Richard left the country for four months!

Yes. I know. It’s now sounding like one of those Mills and Boons novels – where the two main characters are destined to be together, but also destined to be apart.

In what sometimes seemed like an eternity (for someone who always wants things done yesterday), Richard (responsible for coding our product) then spent most of the next four months offline – cruising the Panama Canal, falling off a bike in the Googleplex, attending a movie premiere in Hollywood, riding the luge in Rotorua NZ and more.

When he was blessed with reliable Internet (which was not that often in the B&B’s and Airbnb’s he mostly stayed in), the only serious coding time he could manage was when his girlfriend (and touring partner) was asleep. I had to learn to wait.

Thousands of frequent flyer miles later, Richard (who attended four weddings on his trip, so I’m convinced is a secret Adam-Sandler-like-Wedding-Singer) is home and ready to code. Yeahy!

For the record, yes, Richard can do more than just code. But it’s the coding part that’s the most urgent (and mysterious) to me, so that’s the part I most need his co-founder magic for.

Less than 24 hours after he arrived back in Brisbane, Australia, Richard and I finally met in person today at the Brunswick Hotel in New Farm to (share travel anecdotes and) talk startup.

The good news is that we are indeed just as compatible in person as co-founders as we have been via Skype and email. Phew!

* Disclaimer: I did meet Richard very briefly, 3 years ago, for no more than 5 minutes, when I introduced myself to him after he spoke on a Web Wednesday panel on the Sunshine Coast, run by my friend the amazing Yvette Adams of The Creative Collective. For the record, I spared Richard any awkward moments today by not asking him if he remembered our brief encounter a few years ago, just in case he didn’t.