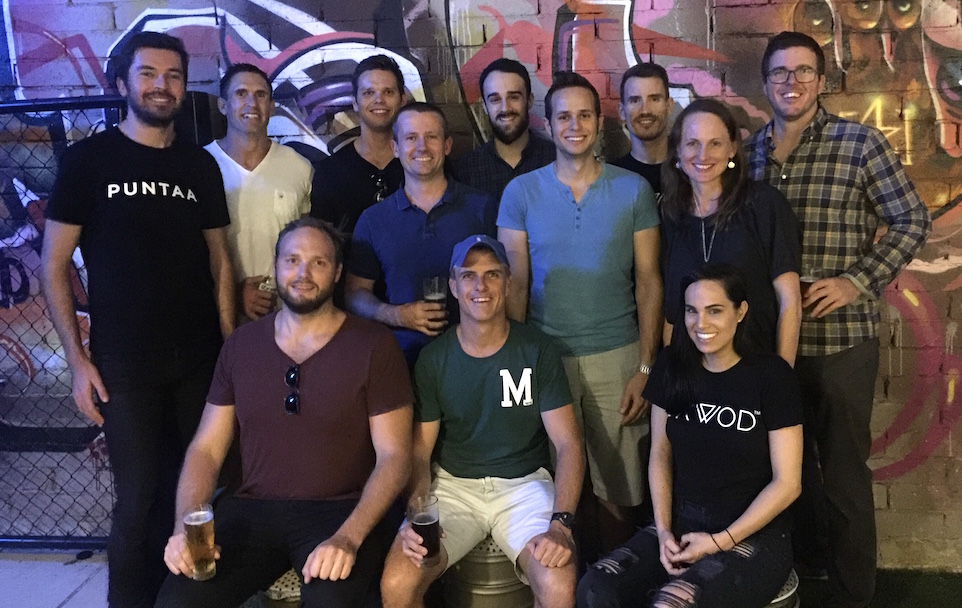 Geez! It’s hard to believe it’s been six months since we started in Brisbane’s inaugural muru-D / River City Labs startup accelerator program and posted our Epic Week 1 Wrap Up. It feels like only yesterday that we survived pre-selection bootcamp!

But six months have passed in a whirlwind and the intense mentoring, advice and networking is officially over. Now it’s time to see if each team can leave the accelerator cocoon and fly like a butterfly… but hopefully, for more than just one day.

Huge thanks to muru-D and River City Labs (especially Aaron Birkby, Josh Anthony and Steve Baxter) from all of the five teams in our startup accelerator.

In a group effort to #payitforward to the startup ecosystem, here’s a final wrap-up of what we all learned. I hope it’s helpful in some small way…

Nothing trumps traction. No matter how good your idea is, if people won’t use it – it’s not a business, it’s a hobby.

Speak to your users and learn from them. Make changes based on what your users want, rather than what you think they want. Hit the streets and talk to the people who use your app. Interestingly, you will often get the best insights from the people who like your app the least.

It’s not meant to be easy – so stick with it. Quite often persistence will trump genius, so to use one of the great quotes, “Bite off more then you can chew, and then chew harder”.

Focus with everything you do. And learn and fail fast. Mike Liubinskas – “Target left handed, female, yellow commodore drivers in Victoria.”

Only need one ‘yes’. On the grind of finding an investor and staying positive, Nick McNaughton – “You can have 50 people tell you no, all you need is one yes”

Get a tech co-founder. On the importance of a technical co-founder, Steve Baxter – “How did I let you guys into this program without a technical team member?”

There is no silver bullet. We scored amazing media coverage for our Uber-for-lawn-mowing startup, met with lots of investors involved with the accelerator program and learned from visiting Aussie graduates of U.S. accelerators – but it didn’t automatically move the dial of any business in the accelerator. Only founders can move the dial, so you’ve got to keep grinding, day after day.

A business is built on customer repeat rate. It’s also a key metric that investors look for. We need to make a product our lawn mowing customers love, then look after them properly so they stay.

Set up an advisory board. I think this was one of the fundamental things to continue the support and external oversight we got during the accelerator, after the program finished.

Practise pitching your business. The time devoted to pitching the business and practice we got to do with it culminating in demo night. Also lots of focus on the differences with styles to the US on the US Trip. I was naïve on this aspect of an accelerator, but it is important to be able to succinctly pitch. Focus was on business pitching, with less on customer pitching. There is a “know your audience” that needs to be taken into account.

Find a business model that has unit economics and a clear path to growth. Our original concept coming into the accelerator lacked both. Reaching out to one of the mentors that was made available to us through the accelerator’s network, we received some brutally honest feedback. This mentor’s advice carried more weight than most for us as he was in the fitness app space, and had previously had an exit to a large fitness brand. When he told us to “go back to the drawing board” and “find a business model with better unit economics and a clear path to growth”, it knocked the wind out of us, but at the same time it gave us a clear goal to work towards. We pivoted the business, and now we have made early revenue, we have better unit economics, and clear path to growth.

Ask for help. Throughout the program Darren Rogan, who was doing some mentoring at River City Labs time, had mentioned to us a few times that he believes we were in a great space (fitness), we just needed to focus on the right goal. At about week 7 in the program the team were feeling the mentor whiplash, the endless testing and experiments, and the feeling of spinning our wheels but not going anywhere. Darren scheduled a session with us at a burger joint where we spent the day simply pouring through our learnings and pulling together any elements that showed promise. By the end of the session we had filtered out all the crap that wasn’t making sense, and had narrowed in on what was to become our new business model. Sometimes stepping back, coming up for air and asking for help can really refocus your vision.

Share your journey with anyone who will listen. Ask for advice, share your progress, have coffees, network and generally be a spokesperson for your startup all the time. It is amazing how many people know someone who might just be able to help you with something. The startup ecosystem thrives on the energy, generosity and shared experience of entrepreneurs and its supporters. Run your own race, but keep your fans in the loop.

Sincere thanks to everyone who supported the five teams on our startup accelerator journey. It might be the end of an era, but it’s not the end of the road. Stay tuned for future adventures and insights as we keep grinding to disrupt the lawn mowing industry in Australia… and beyond!