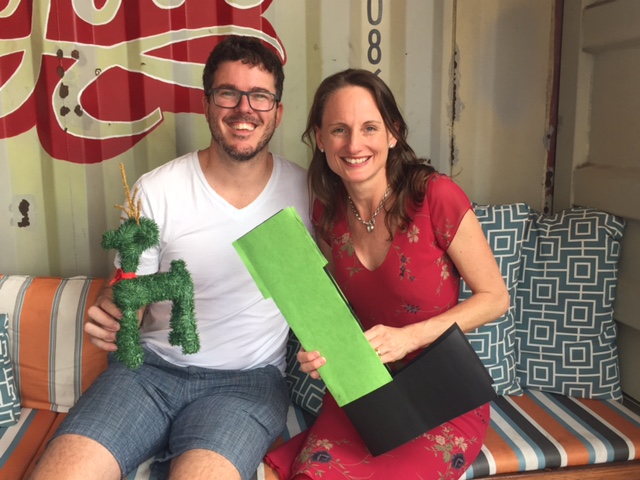 We’re happy to report that all five teams (GreenSocks, ProcessPA, Outbound, ParkFit and Puntaa) have been asked to join the second part of the program (another $20k injection in exchange for another 3% equity).

So, with extensions secured and with Christmas just around the corner, week 14 was more about fun and wind-down, than about masterclasses or traction goals. Here’s our recap…

Yes, with light at the end of the accelerator tunnel, GreenSocks co-founder Richard Eastes came up for air and proposed to his girlfriend, Toni Dawes. Congratulations guys! So happy for you! 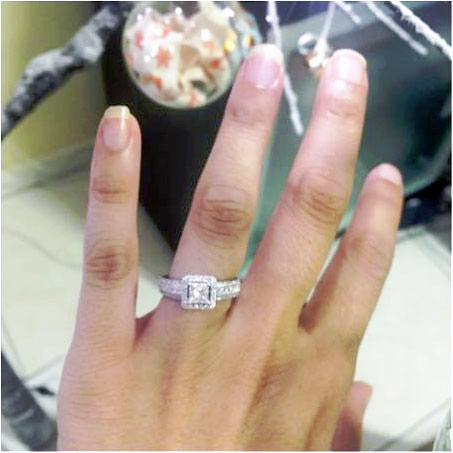 If anyone was hungry from early morning lawn mowing on Tuesday, River City Labs was the place to be. Thanks Angela, Maria and the River City Labs crew for the morning sustenance and the excuse to socialise. 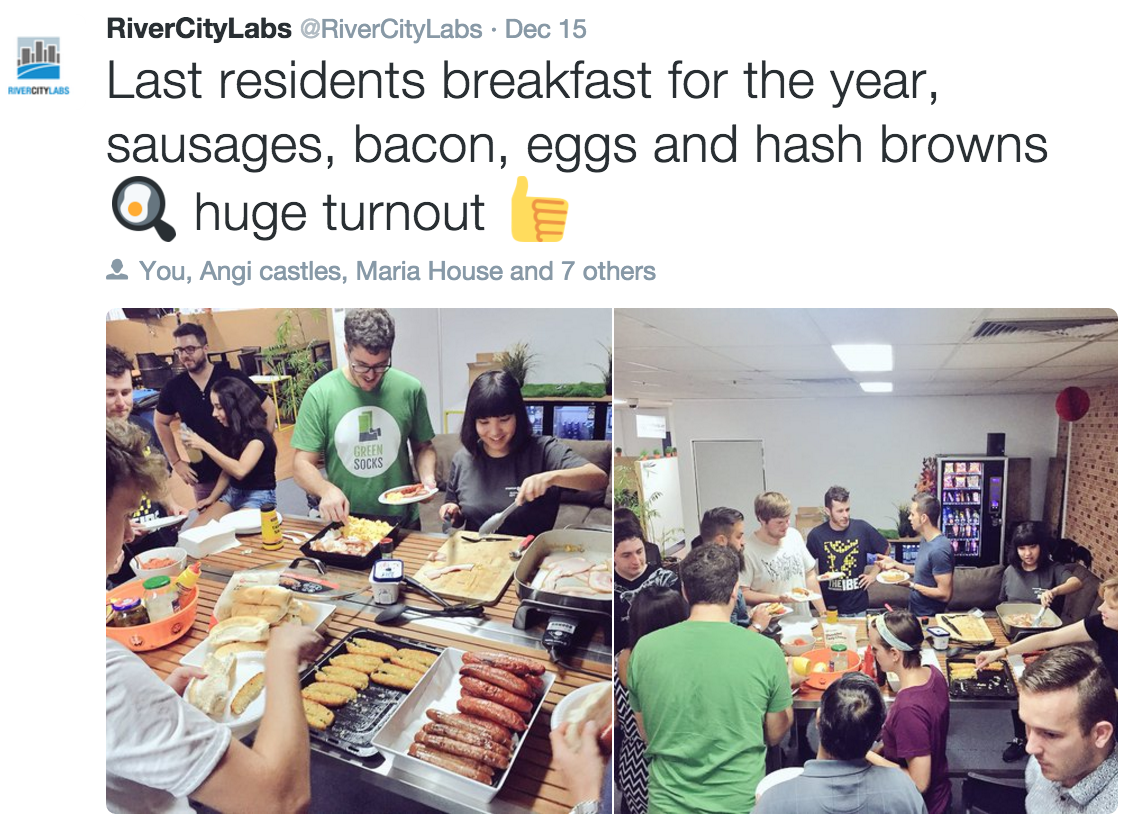 Congrats to our Suncorp Friends

Sitting next to us for 14 weeks in River City Labs, were our friends from Suncorp (Crystal, Matt, Andrea and Sabri) who were on their own internal accelerator program – the Lean Startup Experience. Congrats to the team on their successful journey and Demo Day presentation. We’ll miss you in the Labs now that you have to go back to “the real world”. 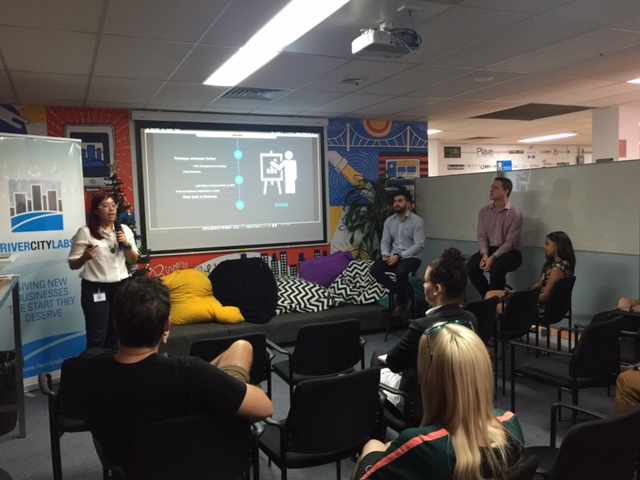 Thirty years after the defeat of the Galactic Empire, the galaxy faced a new threat from the evil Kylo Ren. But never fear… Chewbacca Richard was there with new fiancee Toni, Marcus Eikeland (StartupWeekend facilitator and long-time GreenSocks supporter), Josh Anthony (River City Labs), Danny Dearns (one of busiest Brisbane lawn mowing providers) and 45 more friends to save the day. 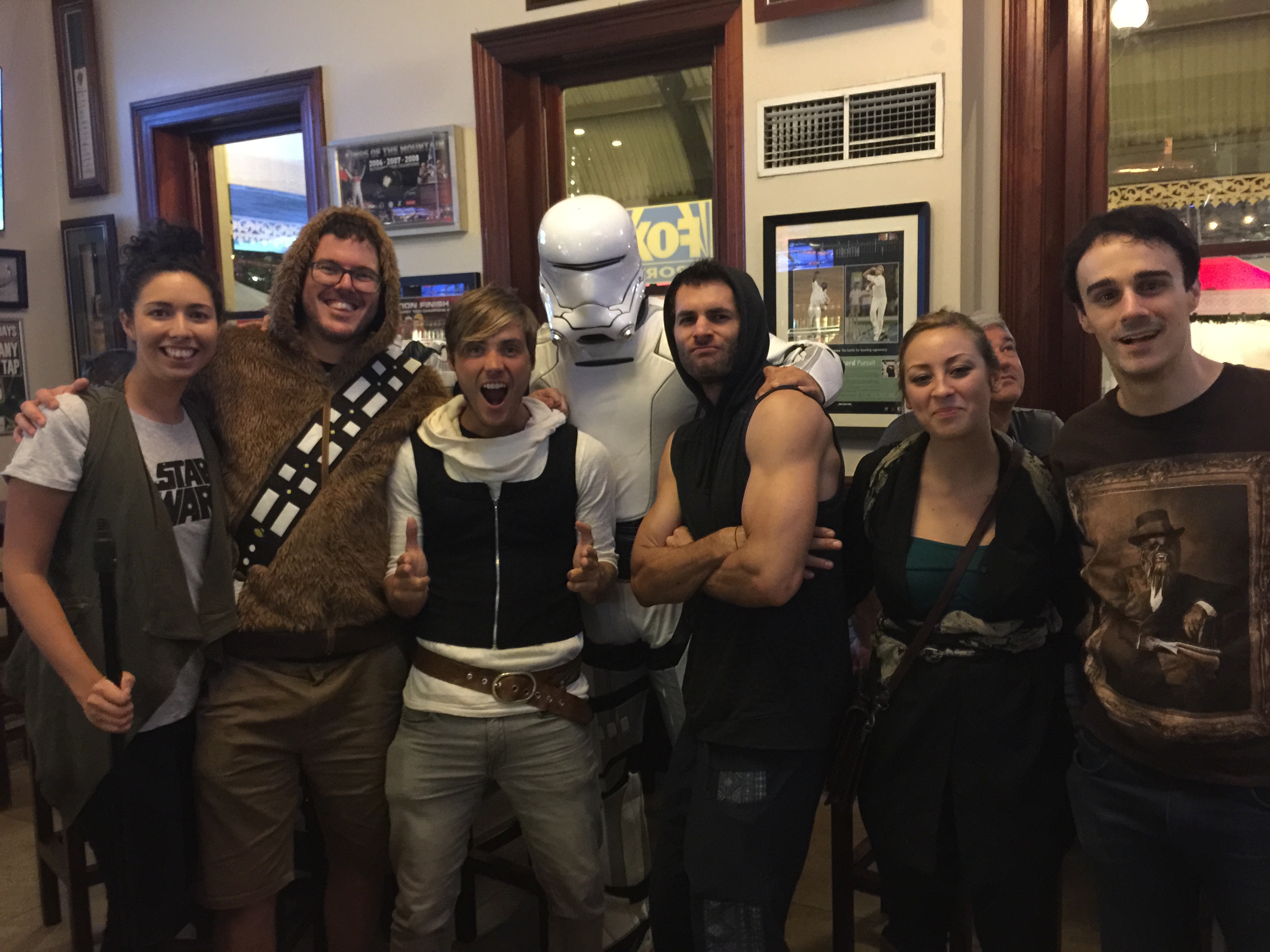 And whilst I neither made it to the midnight premiere in Brisbane, nor watched Star Wars for 46 hours straight like this Star Wars fan, I did go to see the movie a few days later (to see what Richard had been talking and writing about for the past month)… 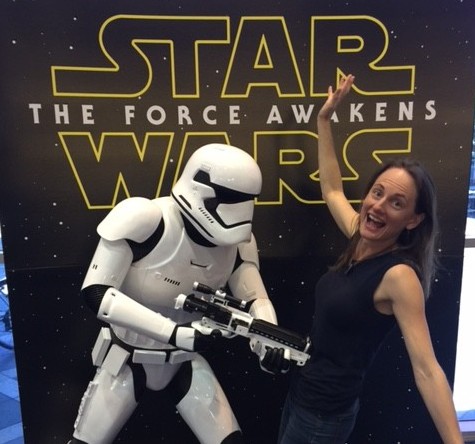 ParkFit and ProcessPA have booked their tickets already. Should be an amazing experience! 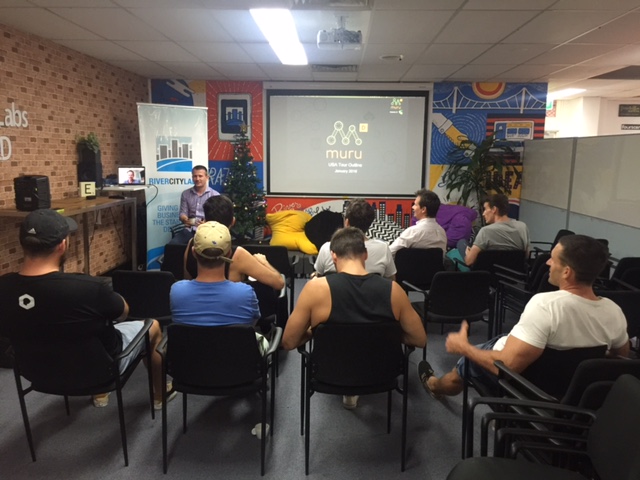 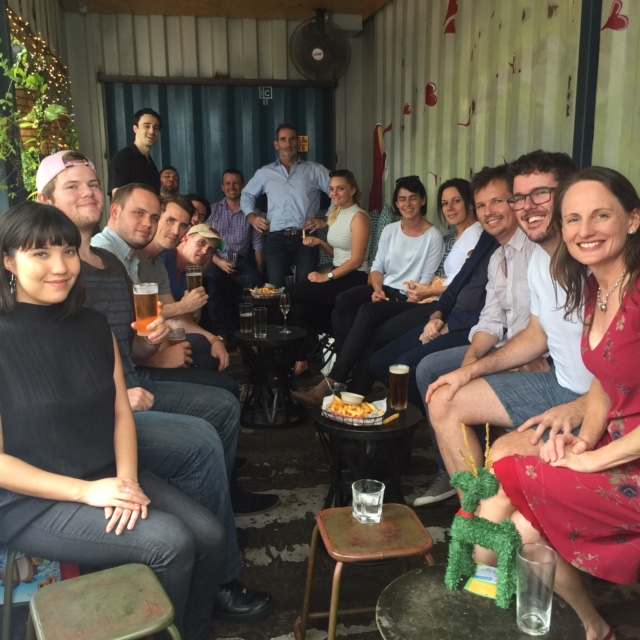 Jenga was the challenge of choice. Rowan Grant (TLI) trying to Vine whilst playing… 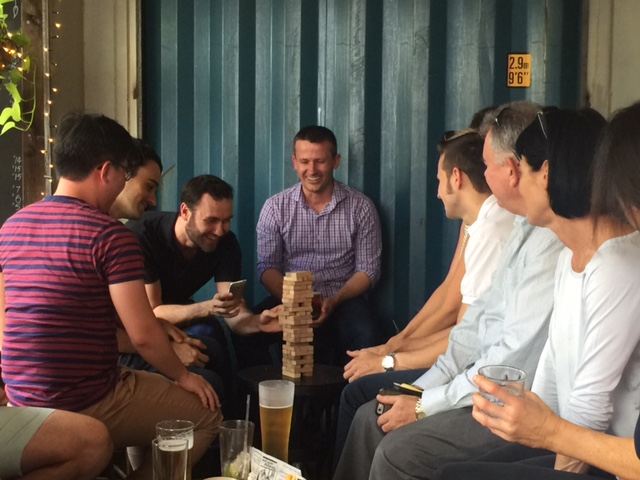 One person who missed out on the Xmas festivities was former River City Labs Manager, Peta Ellis, who recently stepped aside from RCL to give birth to her third child, Diesel. Congratulations Peta and family! 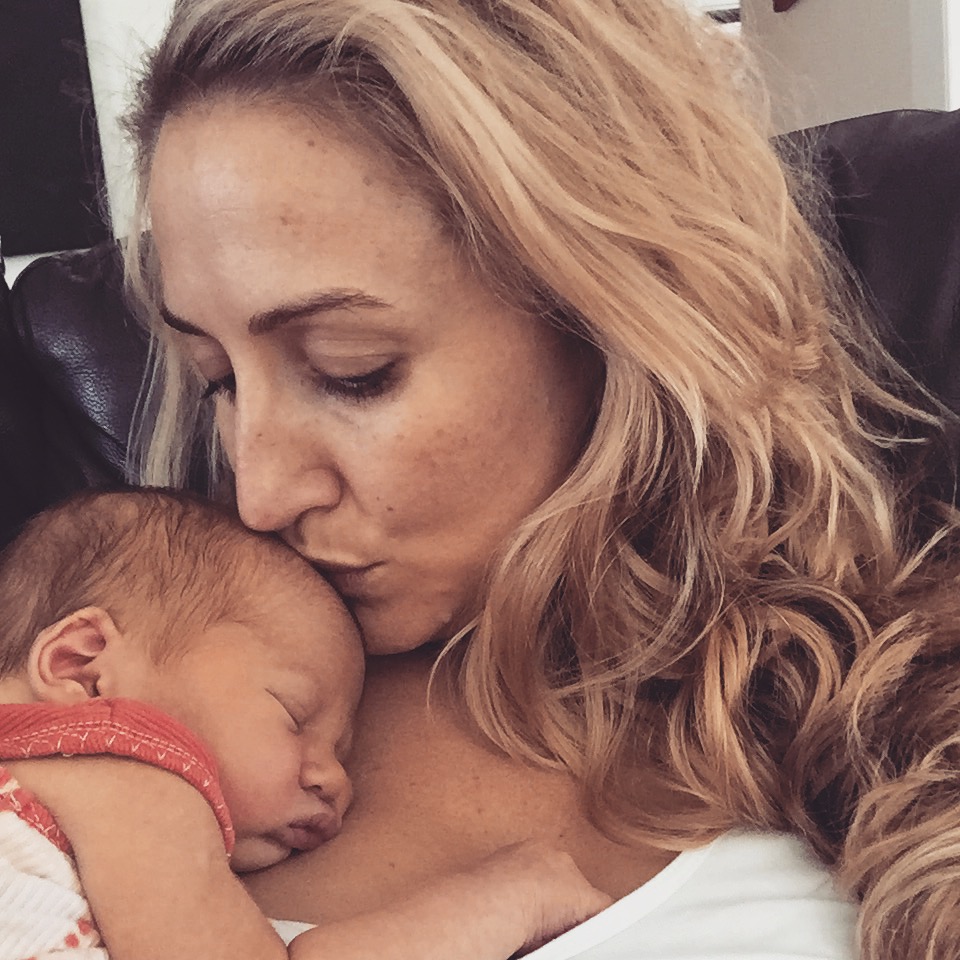 Welcome to the world, Diesel! Son of Peta Ellis from River City Labs

Finally, on behalf of Richard, Melisa, Tina and myself… thank you for supporting GreenSocks this year and we wish you and your families a very safe and happy Xmas.

…and if you ever have a patch of lawn this big, and need a santa mowed onto it, you know who to call! 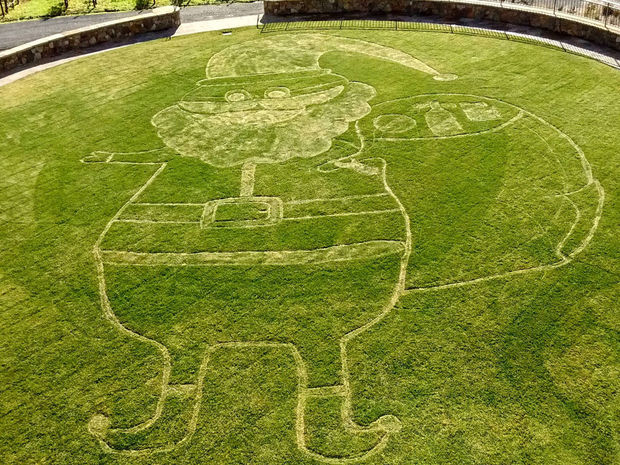 The next part of our accelerator program will not be as intensive, so we’ll only blog when we have news to tell – which hopefully, will still be often, but not weekly.

Have a fantastic holiday season, Everyone and we’ll see you in 2016!

Joined GreenSocks on Twitter? It’s the best way to read our next update.