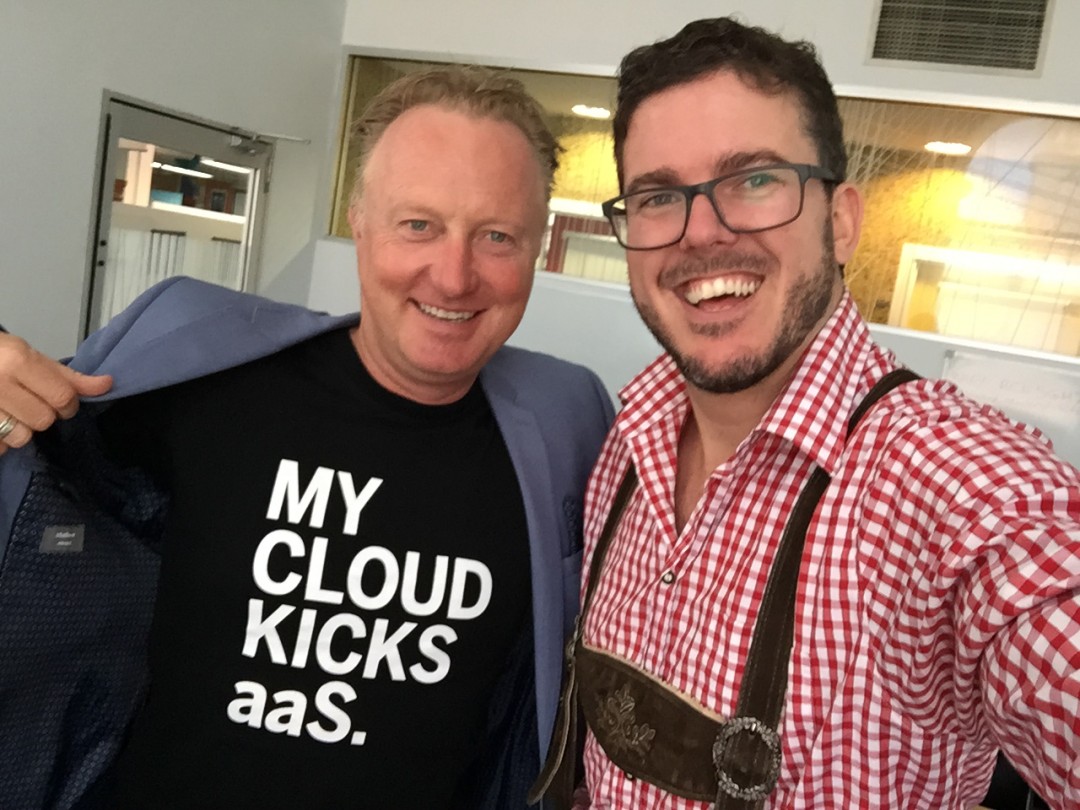 How to be a Rockstar Founder – with Brendan Yell

Brendan Yell (pictured above with my GreenSocks co-founder Richard Eastes) jetted in from Sydney and shouted our accelerator teams a delicious lunch for his presentation on “How to be a rockstar founder”. His journey-story was based on his own rockstar experiences – as well as his time doing the digital for INXS.

Brendan is part of SoftLayer at IBM, mentor at Muru-D Sydney, mentor at Slingshot, and has previously had his own startup in Silicon Valley. He then did deep-dives with each team to give more specific insights. Thanks Brendan!

And no… I have no idea why Richard still had his Oktoberfest outfit on. But… I have to take my hat off to Richard – he’s brave and he’s fun – and they’re two qualities I really admire in a co-founder.

Miss the video last week of Richard and his girlfriend Toni coming home from Oktoberfest?

Michelle Eastwell, Partner at HopgoodGanim Lawyers, came into River City Labs to speak about the blueprint for crowd sourced equity funding in Australia. 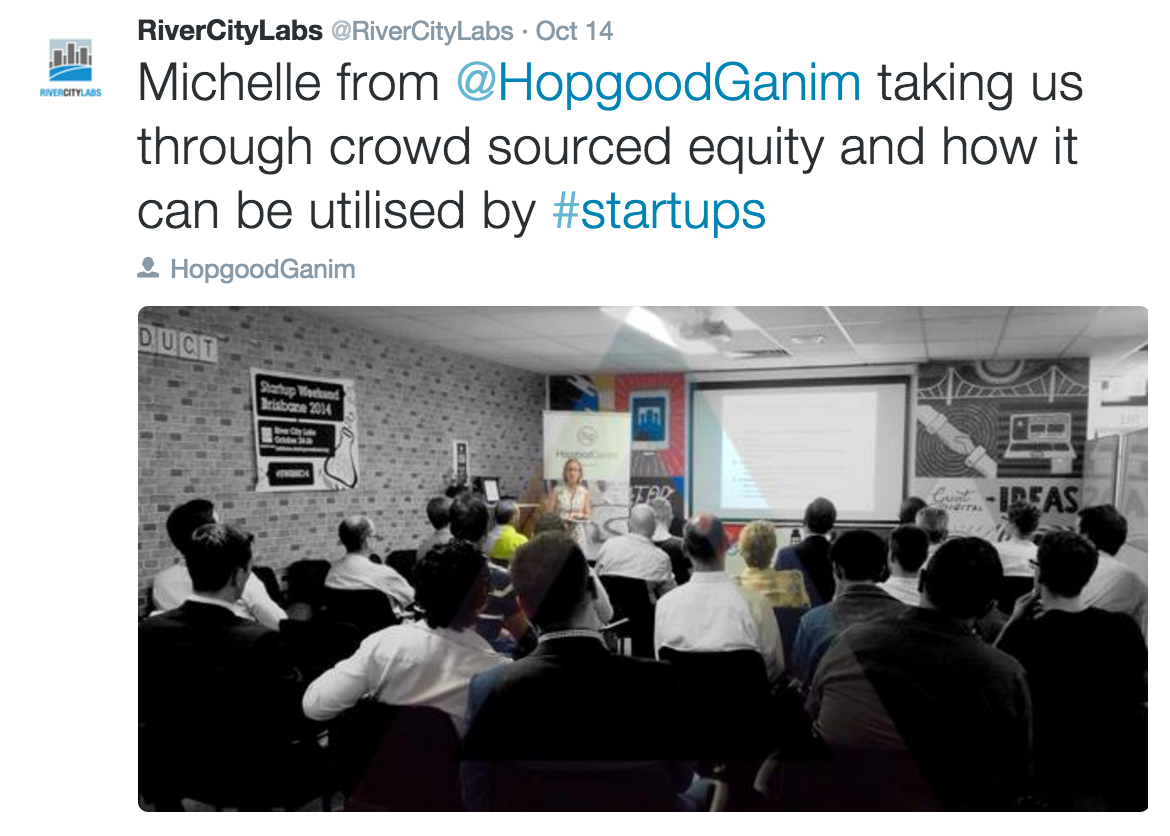 Peter Laurie, Steve Baxter and Colin Kinner gave a debrief on the newly returned Startup Catalyst tour’s highlights and insights. Awesome attendance (…not sure whether it was to hear about the amazing experiences these young techs had abroad or to poach the best of the best for current startups?).

Missed what Startup Catalyst is? It’s an annual mission to Silicon Valley for twenty young people who have the potential to be Australia’s next batch of globally successful tech entrepreneurs. The 2015 mission took place over a ten day period from 28 September to 7 October 2015 immersed the participants in Silicon Valley’s super cool tech companies and rich culture of high-growth entrepreneurship. 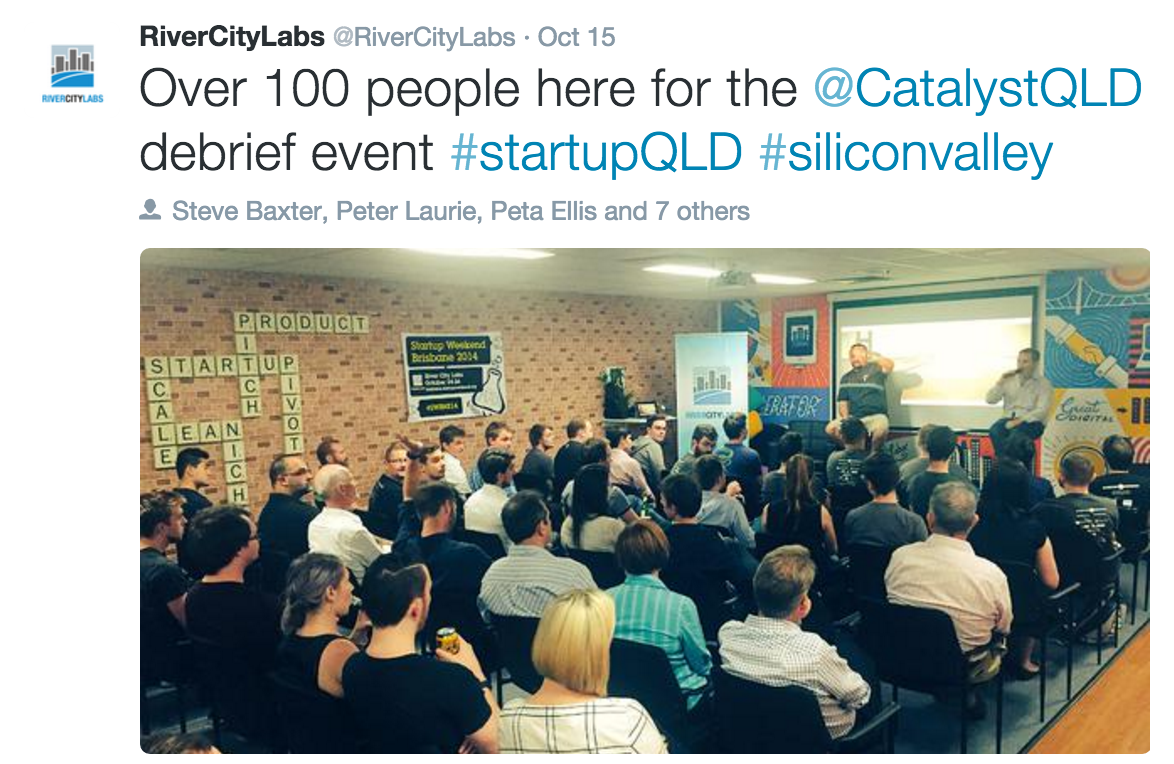 Our startup friends from Melbourne headed north to Queensland to showcase That Startup Show – a startup in itself. After a successful Thursday night at the new Spark Bureau on the Sunshine Coast, the crew entertained the River City Labs folk on Friday night after the Open House drinks. 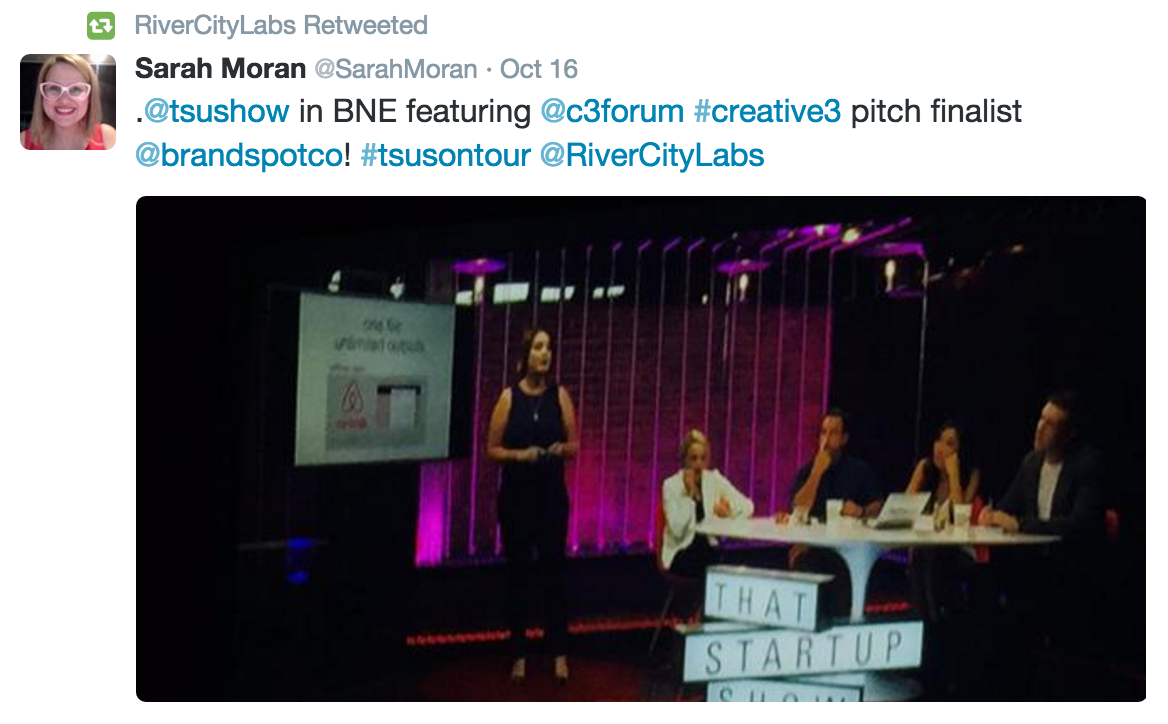 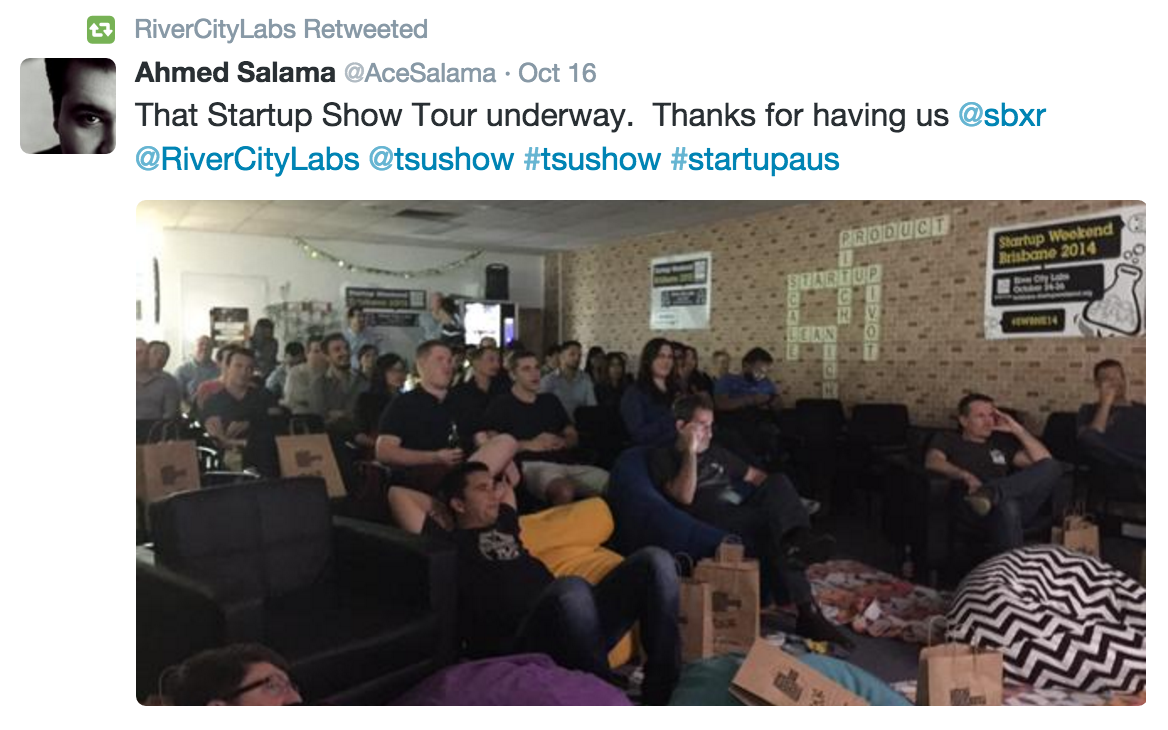 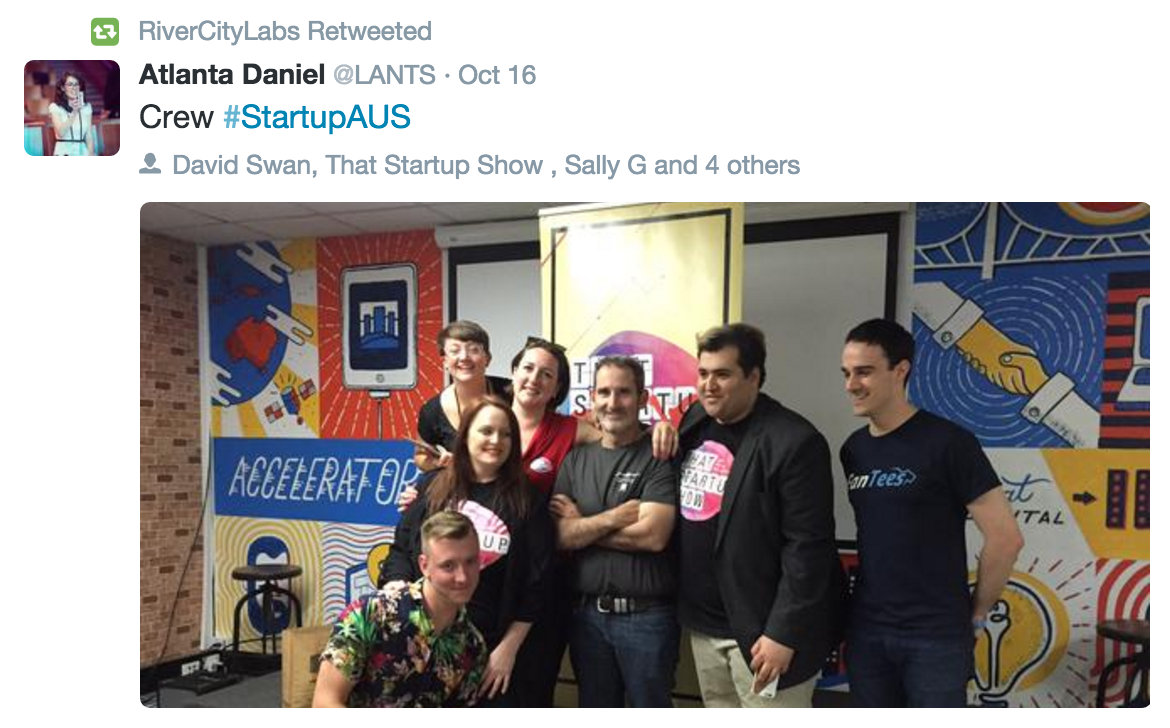 Short and sweet for week 5.

Heads up… week 6 for the accelerator teams has already started with a bang, so next week’s wrap-up post will definitely be more epic.

Joined GreenSocks on Twitter? If you do, you can be one of the first to read next week’s update.

Thanks Everyone for your support and have a fabulous rest-of-the-week!