Buderim has been home to a number of BoysTown prize homes. If you haven’t been to one, this prize home and its immaculate green lawns and gardens might inspire you to visit the next one up for grabs.

This one was located at 94 Vise Road, Buderim and the lucky winner will definitely need a ride on mower – unless they book their lawn mowing through GreenSocks, that is!

Buderim is a green, leafy suburb that (because of it’s location a bit further back from the beach), is not even mentioned in the Sunshine Coast’s list of prestigious oceanside areas (such as Noosa, Peregian, Coolum and Mooloolaba).

However, this family-friendly area is certainly doing an excellent job at attracting super successful authors to live here, as well as inspiring them to keep pumping out best-selling books from their Buderim base. Meet our famous five…

Two-time cancer survivor, “Mr Body Language” Allan Pease is a Buderim-based author who, together with his wife and co-author Barbara, has sold a phenomenal 27 million books, including 10 #1 bestsellers and 18 top ten bestsellers!

As a sought-after speaker, Allan has addressed more than 4000 audiences in an impressive 68 countries. His keynote addresses, books, audio/video programs and advice are sought after by everyone from business execs and Prime Ministers, to royalty and rock stars. 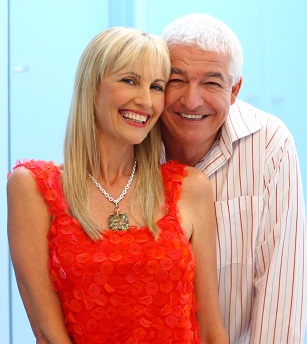 Husband to Allan, Barbara is one of the world’s most successful female writers and is author and co-author of ten #1 best-selling books including: Why Men Don’t Listen and Women Can’t Read Maps; and Why Men Don’t Have a Clue & and Women Always Need More Shoes.

According to The Courier Mail, the Peases, who were once living in a flash Sydney waterfront home with a big boat out front, now live in an architect-designed, seven-bedroom Buderim home on 22 hectares. (Dear Allan and Barbara, need some reliable local lawn mowing services in Buderim? Hint, hint.)

And if that wasn’t ‘wow’ enough, the amazing Pease duo have even set up a recording studio with a full-size Helipad (floodlit for night landings) if you want to fly in by helicopter!

Can’t find anywhere to park your car in Buderim? Take a helicopter instead! Image credit: HeliportStudios.com.

After losing 35kg in 20 months back in 1993 using her low-fat recipes and healthy lifestyle techniques, Annette Sym has sold more than 3.5 million books and established herself as a self-publishing goddess.

Annette’s Symply Too Good To Be True empire has outsold (in Australia) celebrity chefs Jamie Oliver, Nigella Lawson, Donna Hay and Julie Goodwin – which is no mean feat for someone based in a Sunshine Coast suburb filled with green lawns (not sand and surf) that our visiting tourists have probably never heard of! 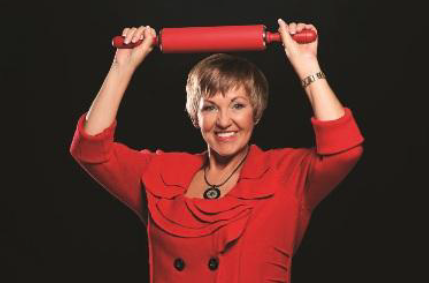 Annette Sym is a local to Buderim, here on the Sunshine Coast in Queensland. Image Credit: SymplyTooGoodToBeTrue.com.au

Former one-half of Australia’s favourite 4 Ingredients cookbooks pair, and now mentor to other authors, Rachael Bermingham is another super successful author living here in Buderim on the Sunshine Coast. With sales in excess of $6 million, Rachael Bermingham knows her stuff. But even with such phenomenal success, locals never see Rachael driving around in million dollar cars or acting too big for her boots. She’s as down-to-earth as they come and super friendly if you see her out and about (in between her juggling act of being a working, single-mum to three young boys).

We’re not sure how much lawn Rachael has, or who does her lawnmowing (Dear Rachael, we’d love to organise your lawnmowing?), but she sometimes runs group mentoring lunches at her house, so maybe one day we’ll see where this amazing Buderim local lives!

Rachael Bermingham is an inspiring work-from-home mum based in Buderim. Image credit: RachaelBermingham.com

From Hollywood actor, to broke backpacker, to now being a motivational legend and a super successful author, Kurek Ashley is another resident of Buderim.

When he’s not travelling the world to speak for Fortune 500 companies and major corporations around the world (such as Apple, Ernst & Young, Optus, Lexmark, Schwarzkopf, Westin Hotels and The Australian Royal Airforce), or mentoring private clients (such as Olympic Gold Medalists, Hollywood film and TV stars, movie directors, oil executives and more), or walking on broken glass (see video below), Kurek Ashley is working from his home office in Buderim home or relaxing in his Buderim gardens.

Do You Dream of Writing a Book?

To attract so many successful authors, there must be something magical in the fresh Buderim mountain air that inspires winning words on a page. If you dream of writing a book that sells a million or more copies, maybe you should come and live in Buderim too? You write your book, and we’ll mow your lawn!

Buderim is one of six urban centres on the Sunshine Coast. The other five are: Caloundra; Maroochydore; Kawana Waters; Coolum; and Nambour.

Looking for a day-trip to the Sunshine Coast hinterland?