Why did Homejoy fail? 5 Homejoy mistakes to avoid 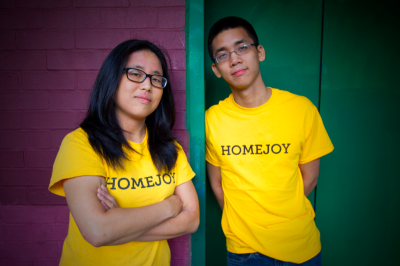 One of the questions in startup circles right now is, “Why did Homejoy fail?” Seriously, how can a Y Combinator backed startup fail, when it had $40m of funding and it was in both:

(a) the Uber-inspired, mega growth, on-demand services industry; and

And what does that mean for the rest of us in the online marketplace space?

A lot of chatter seems to point to the four pending law suits against them on the issue of worker classification for their workforce of cleaners. But was that really all it took to undermine a startup success story as strong as Homejoy?

We weren’t convinced. And it seems we weren’t the only ones. A common theme in Reddit conversations was, “If Homejoy’s unit economics were working, they would have been able to raise the money necessary for the legal battles. VCs would be more than willing to put capital to work to get them through those tough times.”

After all, it wasn’t like they had a shortage of doors to knock on for money. Their previous funding came from high profile names like Y Combinator, Google Ventures, First Round Capital, Redpoint Ventures, PayPal founder Max Levchin and other angel investors.

To look into it further, we took a few hours break from our startup for lawn mowing services, to trawl tech journals, news sites, and forums like Quora and Reddit for answers (…given that we do not personally know Aaron or Adora Cheung or anyone who was in Homejoy’s inner circle). Here’s a summary of what we found:

1. Holes in the quality of their product/service

In Sam Altman’s How to Start a Startup course (in which Homejoy was featured, ironically), Sam can’t emphasise enough that a successful startup “makes something users love” not something users “like”.

From everything we read online about Homejoy, there didn’t seem to be a sufficient love-fest around Homejoy’s product to keep the ship afloat organically (ie. without the need for another major cash injection) like there is around Uber (whose customers rave about them and continue to fuel their natural growth).

2. Customers and cleaners cut out the middle man 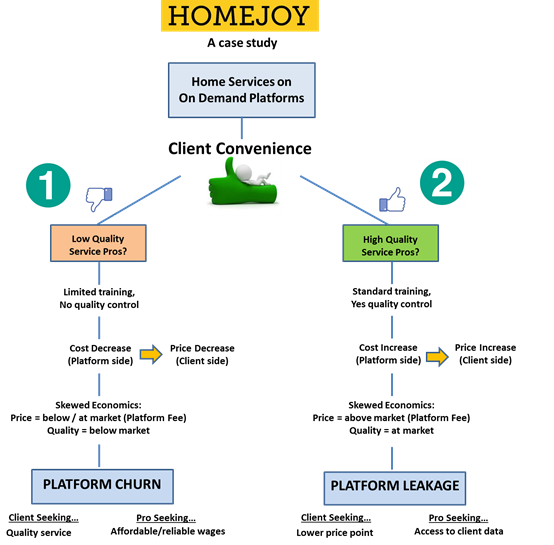 3. Hazy line between employee Vs contractor

Businesses have been employing contractors for years. So what did Homejoy do that seemed to have them running scared of the lawsuits and regulators, when it came to the worker classification of their cleaners?

Here are some clues we found in the commentary: 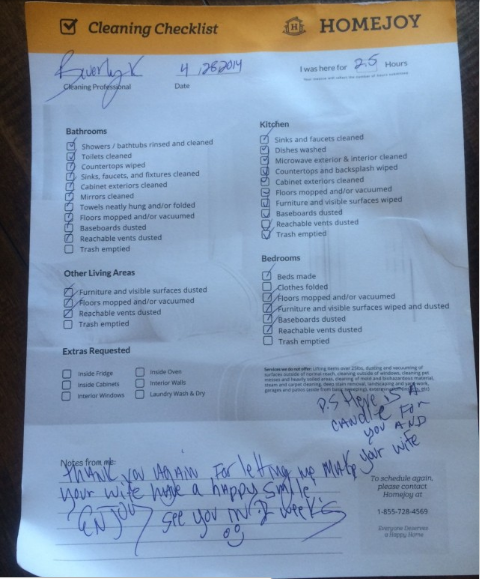 Homejoy checklist for their cleaners

Even with a 25% commission, Homejoy’s low margins seemed to be a constant balancing act and likely contributed to their inability to raise enough money in their last funding round.

Online commentators tend to attribute their low margin trouble to:

5. Maybe they were trying to solve the wrong problem

My favourite explanation for the Homejoy failure comes from a programmer by the name of Jayesh Lalwani, on Quora:

“Homejoy was trying to solve a problem that doesn’t exist. The biggest problem in the housecleaning industry isn’t the ease of finding good cleaners, but the difficulty in communicating with them…

Make an app for customer relations, and you disrupt the housecleaning business. This removes entry barriers for the little guy. We don’t need no app for finding cleaners.”